A New Story Of Money

What if… there was no such thing as money?

We are living through interesting times where many of the systems that uphold civilisation as we know it are beginning to transform. Some call it a crisis, others an opportunity.

As Naomi Klein rightly states as she paraphrases Milton Freidman,

“When that crisis occurs, the action that is taken depends on the ideas that are lying around.”

If we want this transformation to bring about a more just and equitable world, then we have to get some radical ideas out there – those of us who are Change Makers.

What has fascinated me during this time is the amount of money that has suddenly become available to prop-up failing systems and corporations. In the UK we have endured 10 years of austerity where every single social service had been cut to the core, “because there is no magic money tree,” as Theresa May insisted. Now, in the face of Covid-19, there’s enough money to provide enormous loans for businesses, 80% of salaries for furloughed staff, and money has even been provided to house the homeless – a travesty in itself that it took a pandemic to force that issue. But where has this money come from, if as a country, we had minimal reserves? As the world plunges into recession and stock markets crash across the globe, where are the UK, the US, France, Germany and other countries borrowing these trillions from? Do our governments just magic-up extra zeros and add them to their balance sheets and call it quantitative easing? Or maybe the 1% really have hoarded so much money that they can bail-out the world, plus interest. The question is, why have we allowed this to happen?

Perhaps one answer is that today’s financial systems are so complicated that no-one really understands how they work, unless you’re an ‘expert’ ­– but even experts get it wrong, as the hand-wringing stock exchanges photos bear testament to. It is a truism that, ‘Any fool can make things complicated; but it takes a genius to make things simple’– and perhaps that’s what’s needed now? A touch of genius: simplification of the monetary systems that have been designed to date – because systems are just designs and designs can be redesigned. What we know for sure is that the majority of humanity is currently enslaved to a complex, unjust, immoral, discriminatory monetary system that favours a few at the expense of the many. This is not news – it has been so since Jesus threw the moneylenders out of the temple, saying, “You shall not charge interest on loans to your brother”. And yet, humanity has been hoisted by its own petard; we nailed our colours to the flag of ‘the dismal science’ (economics) and have been disenfranchised ever since.

But what is money, really? In its purest form, before usury sullies it, money represents the exchange of energy. As soon as interest accrues however, there are those who decide to hoard the energy and divert it from the energetic flow, creating scarcity. Those who hoard money in this way feel rich but live in fear of losing it. Those who have no access to money, know that in reality riches relate to other things: the natural world, love, freedom – but economic inequality deprives even these basic rights.

There are organisations throughout the world who have been working for years to rethink money and in the UK, The New Economics Foundation has been at the forefront of this important work. They think outside the box and have been highly critical of Gross National Product as a measure of economic health. They are already campaigning for a shorter working week, the end of the debt trap, a new green deal, a more democratic economy and so much more. Another fantastic organisation is Change the Rules who are facilitating some absolutely inspiring projects in the UK that are unblocking economic inequalities, such as the Avon Mutual Community Bank and Hackney Energy, a community solar hub.

But on a local community or village level, what can we do to be more resilient to global economic collapse? Perhaps it is time to reinstate the Local Exchange Trading Systems that gave people such hope in the 1990s? I was a founder member of the North Devon scheme and our unit of exchange was Talents. I still have a moonstone ring made by a local jeweller which I paid 20T for from my account; I traded secretarial services, plants and compost! We were encouraged never to be more than 200 Talents in credit in our accounts so that the energy of local exchange kept circulating – and it worked.

In those days, there was no internet, so we had paper chequebooks and a dedicated core group who accounted for all the transactions. We had a monthly newsletter and trading events. I loved it, but always felt that as a society, we were just too affluent to really use LETS to its full potential. That was before Covid-19. Now, perhaps it is an idea whose time is ripe? In this age of interconnectivity, of apps and Instagram, LETS could become incredibly dynamic and useful post-Coronavirus, with online directories of providers, local trading hubs exchanging sustainably produced, healthful and high-quality crafted goods.

Ideas for a more just and equitable economic system have to be liberally sprinkled around as we respond to these transformational times, so that any action that is taken can be based on them, not on the prevailing toxic paradigm.

Lorna Howarth is a writer and publisher based in North Devon. She is co-writing The Soulistic Journey with Genevieve Boast, which will be published in October 2020. 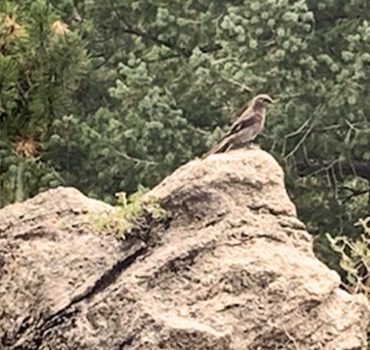 TIME ON THE LAND 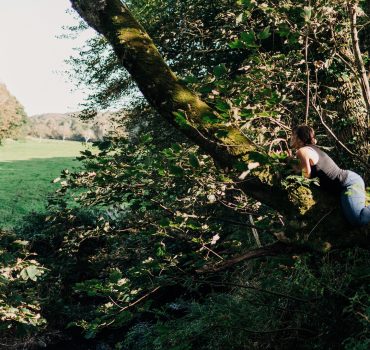 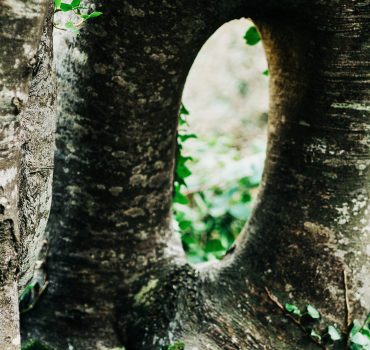