This weeks storyhack begins with a tale from my past.

On this particular afternoon in June 2014 I had decided to drive to Evergreen and walk around the lake. It’s a favourite spot of mine in the mountains and always fills my soul with joy and peace. I grabbed my bag, filled up my water bottle and bounced down the narrow staircase in the Sprucetree cabin, automatically adjusting my stride to take account of the uneven spacing of the ‘artisanal’ 1970’s staircase. As I let the old screen door slam behind me I noticed my whole body tense. I remembered the constant berating I had received from my grandmother as a child for doing the same thing. Smiling at the memory, I took a step forward. Mid stride I stalled, feeling my attention and footfall magnetically drawn down to the ground to my right. Time slowed, became liquid, as I searched for what had high-jacked my attention. At the base of the rocky steps was the folded ebony body of a dead crow.

My attention split curiously. I began to experience two simultaneous versions of reality. One was a stream of human chatter which said ‘Oh, what a shame, a dead crow. I had better move it so the fox can take care of it‘. The other came in the form of a collective voice that I had heard for the first time the previous night. I had been lying in the attic bed, staring up at the stars when a energy had come in and started to speak to me, right in the centre of my head. The voice was multilayered, harmonised in tones and sound waves that communicated just as much as the words they imparted. The message had been simple: “It is time to grow up. Time to become the woman that you are here to be”. I had named the voices ‘the ancestors’: the voices of the ancient ones in the land to which I had been born, speaking to me of my sacred responsibility. Their collective vibration returned to me now. I stood paralyzed on the front porch of the cabin, torn between two paths of action.

The ancestors communicated to me that the crow was a ‘giveaway’. She had given her life for me to assimilate and embody crow medicine. It was important that I take her wings to form my first medicine bundle. Simultaneously, the voice of my human programming kicked in (loudly !), objecting strongly to the idea of picking up a crow and cutting off its wings. In this mental tug-of-war the human started to win – the voice that said ‘Let’s just put it behind the cabin for now. We can decide what to do with it later’ (a classic stalling strategy). I took a step forwards, but had moved no further than a foot before the ancient voice of the ancestors came back so strongly that their harmonic voice froze me to the spot. “NO”, they insisted, “You MUST do this”.

At this point in the argument the calm adjudicator of my soul decided to intervene. As I felt a deeper, wider awareness settle into my senses, the battle within me ceased. The ancestors were right. I had no other choice than to ignore the voice of my ego’s fears, and do what needed to be done.Taking a deep breath, I looked up at the Spruce trees for wisdom. Resigned, I felt the human voice fall into line with that of my soul and, the moment this had happened the presence of the ancestors left me completely. A void opened where they had been but a heartbeat before. I was confused but guessed that, in the spirit of all true initiations, I had to perform this act on my own. I had to prove I could follow my deeper inner wisdom.

Exhaling heavily, I walked over to where the body of the crow lay on the ground. It seemed appropriate to start by whispering a prayer of thanks to the soul of the bird who had laid down its life for me. I picked it up gently. My hands registered the warmth of the lifeless body and I realised that she really had just died at my feet. I also saw for the first time that the feathers of a crow are not black. As my fingers gently encircled the body, light dancing through the spruce fronds above my head illuminated the ‘black’ body, bringing to life the iridescent rainbows that lie beyond our normal view. I gasped at the beauty of the being that I held in my hands, reflecting on how much often remains hidden beyond our human sight.

“Crow is an omen of change, living in the void with no sense of time. The Ancient Chiefs tell us that Crow sees simultaneously the three fates – past, present, and future. Crow merges light and darkness, seeing both inner and outer reality and can bend the laws of the physical universe and ‘shape shift’. With Crow medicine, you speak in a powerful voice when addressing issues that for you seem out of harmony, out of balance, out of whack, or unjust.”

Crow’s thrive in almost every part of our world. They are messengers. Crow will often interrupt your life at opportune moments ‘cawing’ loudly to reset your thoughts, words and actions to universal truth. This week, crows have come to me on multiple occasions to share their powerful storyhack, a palpable insistence that we listen to their wisdom!

Crow teaches us to –

Next time you hear a crow cawing, stop. Notice what you were thinking about and see whether it’s something that needs restorying in your life. Their timing is always impeccable.

ARE YOU HEARING THEIR CALL?

RESTORYING LIFE – A QUEST IN AVEBURY 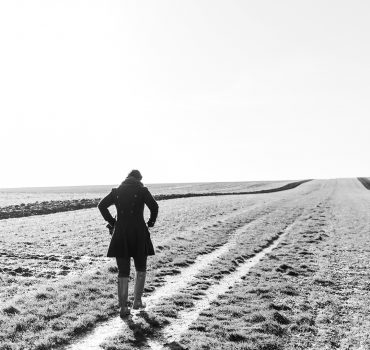 STANDING IN THE FUTURE 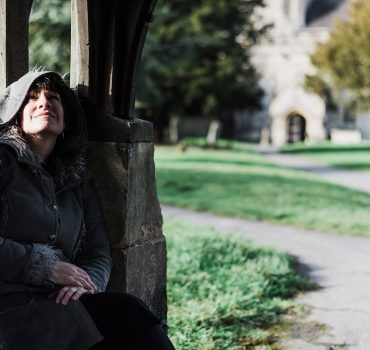 YOGA OF THE HEART, MIND AND SOUL