Ever since I was a little girl that word has made me buck like a wild horse and gallop away from the thing that was asking for me to stay as fast as I could.

For me, commitment seemed very final.

Like a trap that radically reduced my options as soon as it was in place.

I would gallop away from jobs, from homes, from relationships.

From anything that seemed to place a bridal on my ability to move away at speed when I needed to.

Or perhaps ‘need’ is the wrong word here in this context.

‘Want’ would have been better.

And what drives ‘want’?

Fear of being called out of my comfort zone that’s what.

Fear of having to face my own shadows around dedication, loyalty, and respect.

Fear of speaking my truth and then sticking around for long enough afterwards to deal with the impact.

For many years, I was the archetypal gypsy wanderer.

I could never be pinned down, (or slowed down for that matter), for long.

I even told my first husband ‘not to get too attached to me, because one day I would leave’.

He still married me and then had to deal with the aftermath when I galloped away.

It’s not that this ending wasn’t the right thing.

But I could have handled the relationship and my own allergic reaction to commitment better and more honestly from the start.

So, let’s return to the story I left off in the last storyhack.

For it is supremely relevant in this case.

After Daniel and I returned from Egypt and he moved North to take up his position managing Equinox, I continued to gypsy around the world for almost two more years.

Daniel would call me from time to time and invite me to come up North and see what he was doing but I always seemed to be ‘too busy’ or about to jump on another plane to leave for another country.

In short, I was avoiding the oath we had sworn.

And yet the Universe kept opening doors for me to walk through.

In Sept 2018 when I returned from a big piece of client engagement in Europe, he called me again and said “you know Gen, I could really use you up here to do a few leadership workshops with us. The team is growing, and we could use some guidance from you on how to build capability and culture,”.

I took the carrot being offered.

A month or so later I was up in Hebden Bridge with a wonderful group of people that Dan had gathered around him to take Equinox to the next level of its growth and offering. Dan and I settled right back into the easy friendship we had always seemed to have, and it felt amazing to be working with someone who understood the multiple levels of my approach.

I felt excited and alive.

A few weeks later Dan called me at home and asked “Gen – do you have time right now? I need to revise our charitable structure, sort out our culture and deliver on several requirements for our new investors. I could really use your help,”.

My inner horse was starting to prance around as if she could smell a massive change coming on the wind. It was as if the Universe was walking towards me slowly with a bridle made of stars in its hand. I was nervous.

“Well, I have had some time open up,” I mused out loud. “Let me speak to Euan and see what he says,”.

Later that evening I was on the phone to my husband Euan recounting the offer Dan had made and before I could start to justify why I felt it might not be a good idea, he jumped in “well you should just go up there and help him. After all we are investors in the company. It’s also my old gaff! What better place could you pick to dive in and help your friend,”. Euan had grown up in a farmhouse that sat on the hill above the Equinox bottling plant in Sowerby Bridge, so the company was very much in his heart lands.

It wasn’t the response I had expected.

Euan usually liked me to take short term consultancy jobs to leave me free to travel to meet him whenever he had a break in his busy schedule. Rarely did he jump on board with more permanent contracts.

In the weeks that followed, Dan relentlessly pursued me. Offering me all kinds of solutions to every hurdle my commitment-shy ego would place in front of him.

Then one night as we were on the phone late before bed he reminded me, “Gen, remember the oath – you swore, I swore. The Universe heard us. It’s time,”.

God damn it I thought – he was right.

My horse stopped skittishly backing away and stood still for long enough for the bridle made of stars to be placed over my ears.

I accepted the invitation to transformation.

In the time that has followed, I have been challenged to the max.

I have faced all my old patterns of running away from shadow and the difficult emotions of others and stood my ground in the face of the storms that have swept through my life.

I have also run wild and free across new landscapes that I could only have imagined before, with portals to new lessons and blessings opening with every day that I have been brave enough to stay.

Working with Daniel has taught me, (and him) so much. Together we have learned how to balance a masculine and feminine friendship and working relationship. We have used those forces within us to create massive fertility for Equinox as a business as well as in our lives and the lives of those we work with. We have grown as close as siblings and are a creative force to be reckoned with.

My hooves are now planted in the Earth, and I am no longer afraid.

My bridle of stars has become my commitment both to my friend and to the business we have helped to grow.

My saddle is a bridge woven of soul threads, waiting for those who are brave enough to face their own fears and embrace their path of growth and evolution.

And yes, I have learned to stop running away.

I have learned that commitment is the key to lasting transformation.

And I even let certain special people climb in the saddle occasionally so I can take them on wild rides, galloping through the stars.

In short, I have embraced my destiny.

And commitment has shown me how. 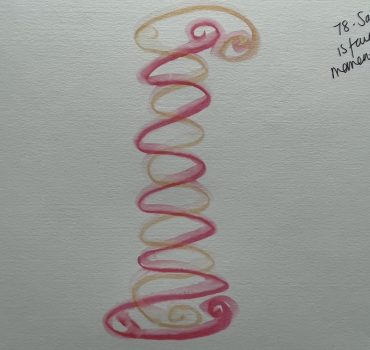 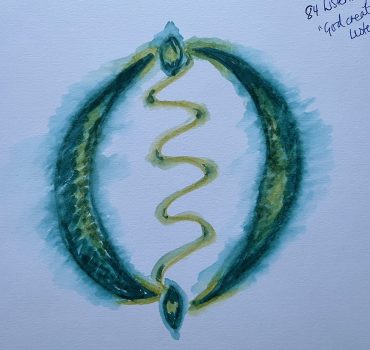 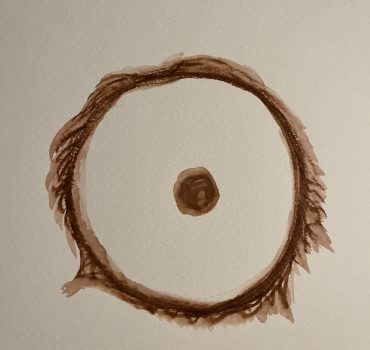